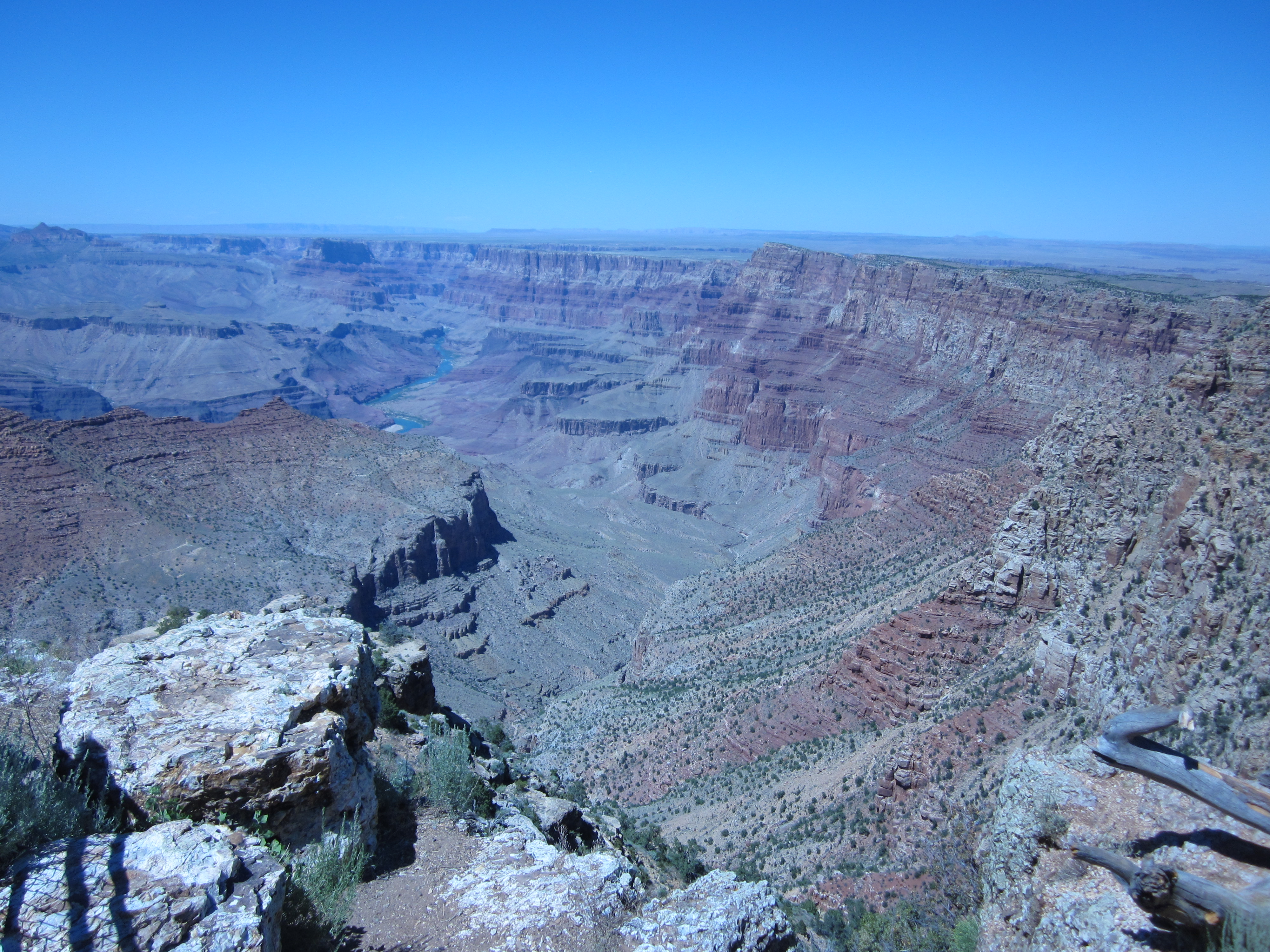 In July I had a unique opportunity—white-water rafting on the Colorado River in Grand Canyon National Park, Arizona. 7 days, 190 miles, 69 rapids, 2 boats, 28 scholars. Our first view of the canyon was breathtaking: Navajo Point on the South Rim (picture above).

The purpose of the expedition was to consider the geological and biblical evidences regarding the canyon’s origin. Is the Grand Canyon old or young? Was it formed slowly by a little water or rapidly by lots of water? 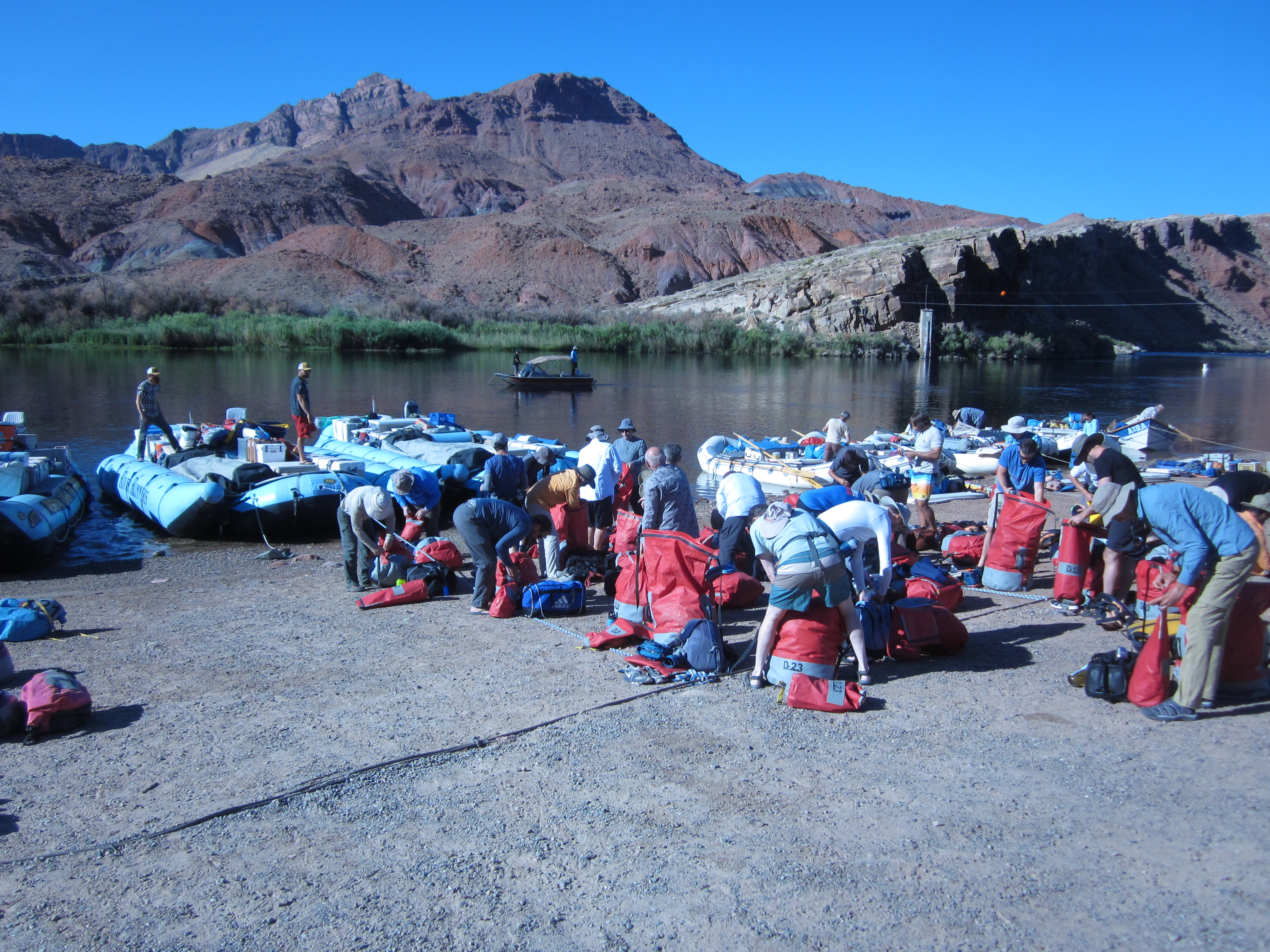 and air-conditioning for the next week. The picture to the right shows us packing our gear in dry bags at the boat launch.

The Bible never mentions the Grand Canyon explicitly, but it does describe something that could have produced the canyon: a global flood. Do you think the issues of a global flood and earth’s origin are important elements of a person’s worldview? Jesus and the New Testament writers did. The New Testament refers to the events of Genesis 1–11 a staggering 107 times. Nine of those references are direct quotes. 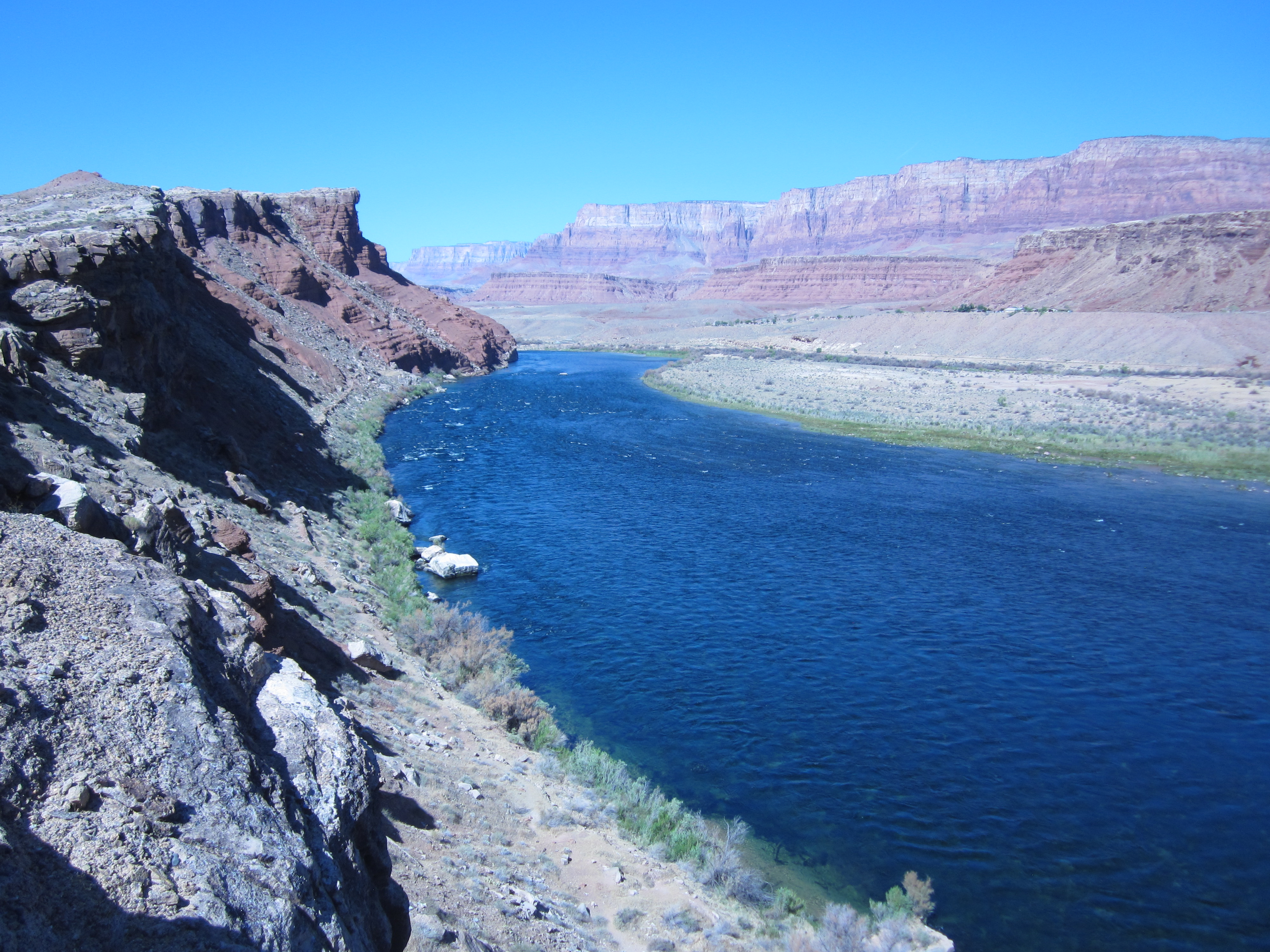 Scripture indicates that Noah’s flood was catastrophic: “All flesh that moved on the earth perished, birds and cattle and beasts and every swarming thing that swarms upon the earth, and all mankind” (Genesis 7:21). If Noah’s flood really happened, what geological evidence would we expect to find? Wouldn’t we expect to find sedimentary rock layers populated with fossils? 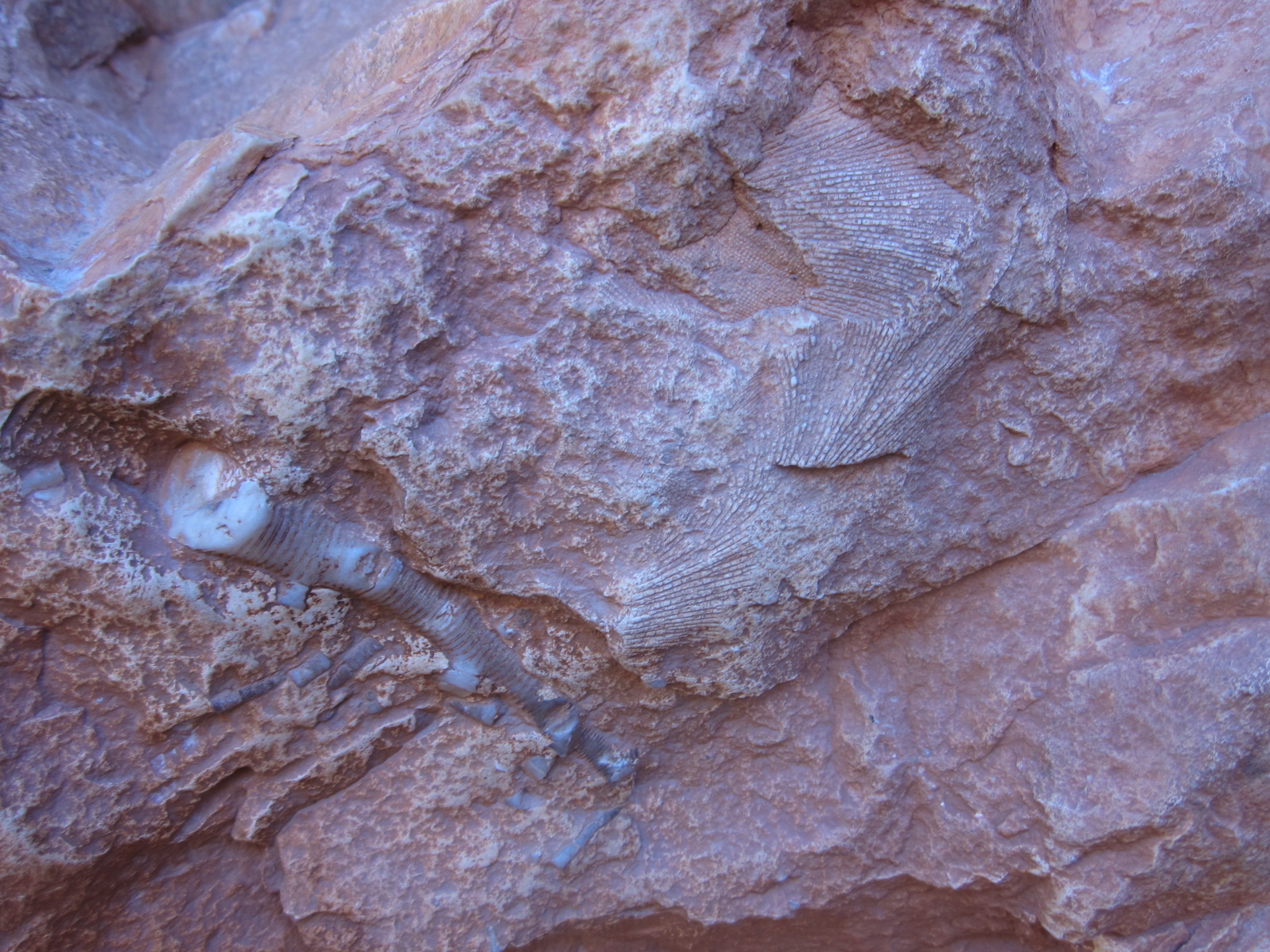 Have you ever wondered how marine fossils got placed thousands of feet above sea level on every continent, even on high mountains, such as the Himalayas and Mount Everest?

“The Grand Canyon is not only a chilling museum of death, with its trillions of fossilized creatures who were terrorized as walls of mud and water froze them in time. It is also a reminder to Christians that God’s Word is true and can be relied upon. And if the Flood happened, as Genesis clearly says it did, then the Judge of Genesis is also coming as the Redeemer.” — Tom Vail, Grand Canyon: A Different View, p. 99 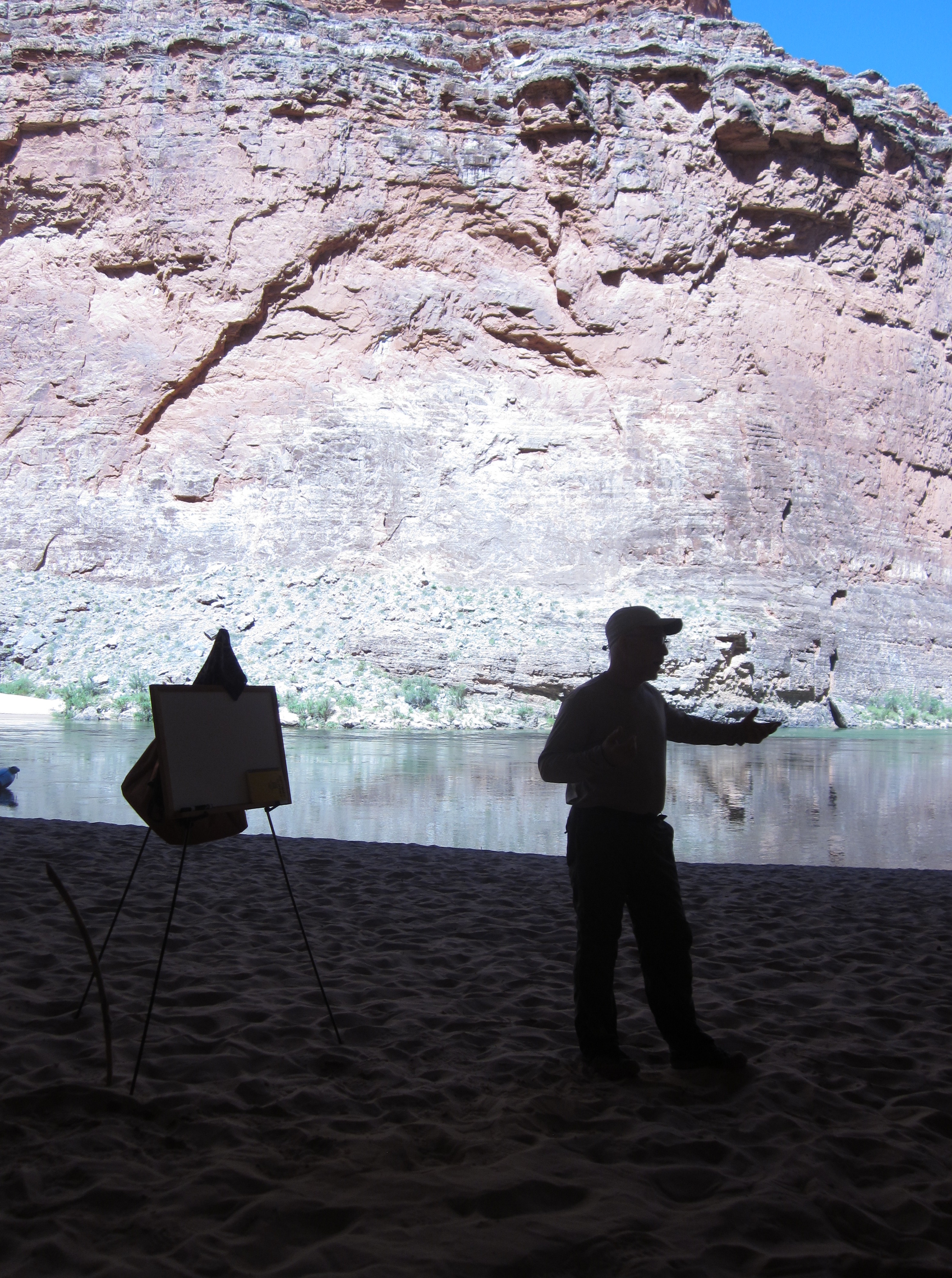 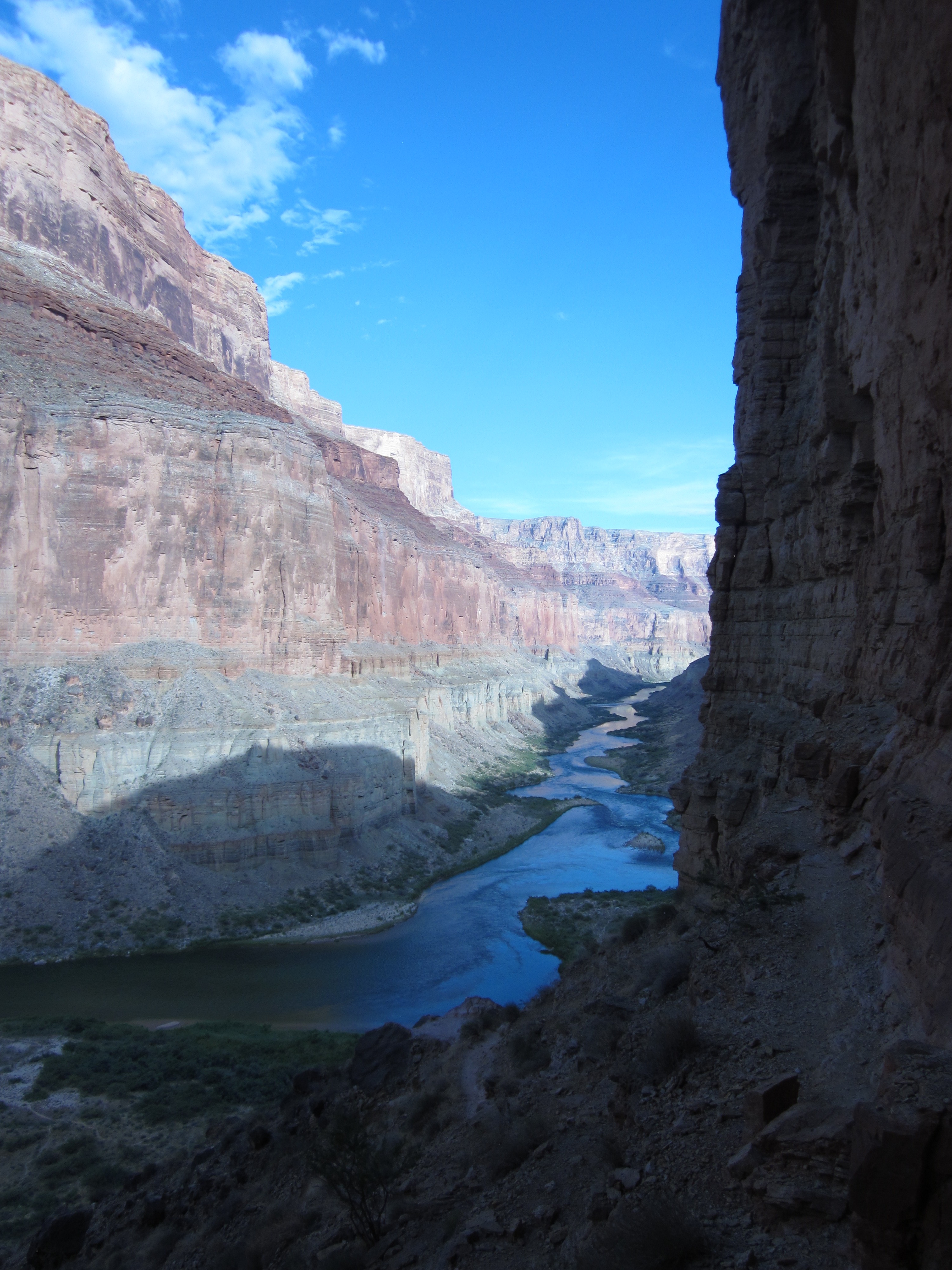 Was Noah’s flood historical, global, and catastrophic? Consider the plain statements of Scripture: “Noah entered the ark, and the flood came and destroyed them all” (Luke 17:27). “The world at that time was destroyed, being flooded with water” (2 Peter 3:6). 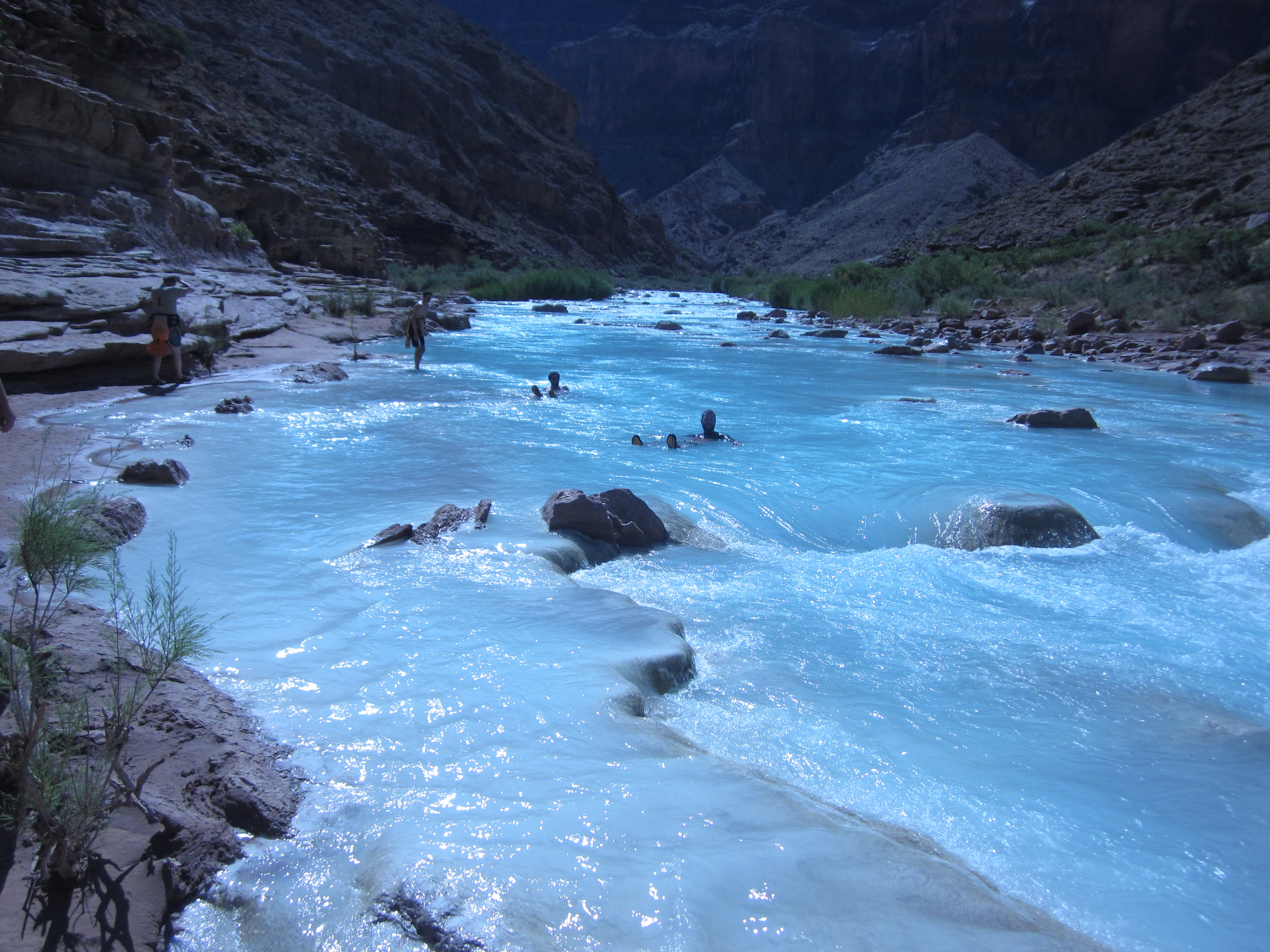 Photo: Floating the Little Colorado River with life vests on our hips. 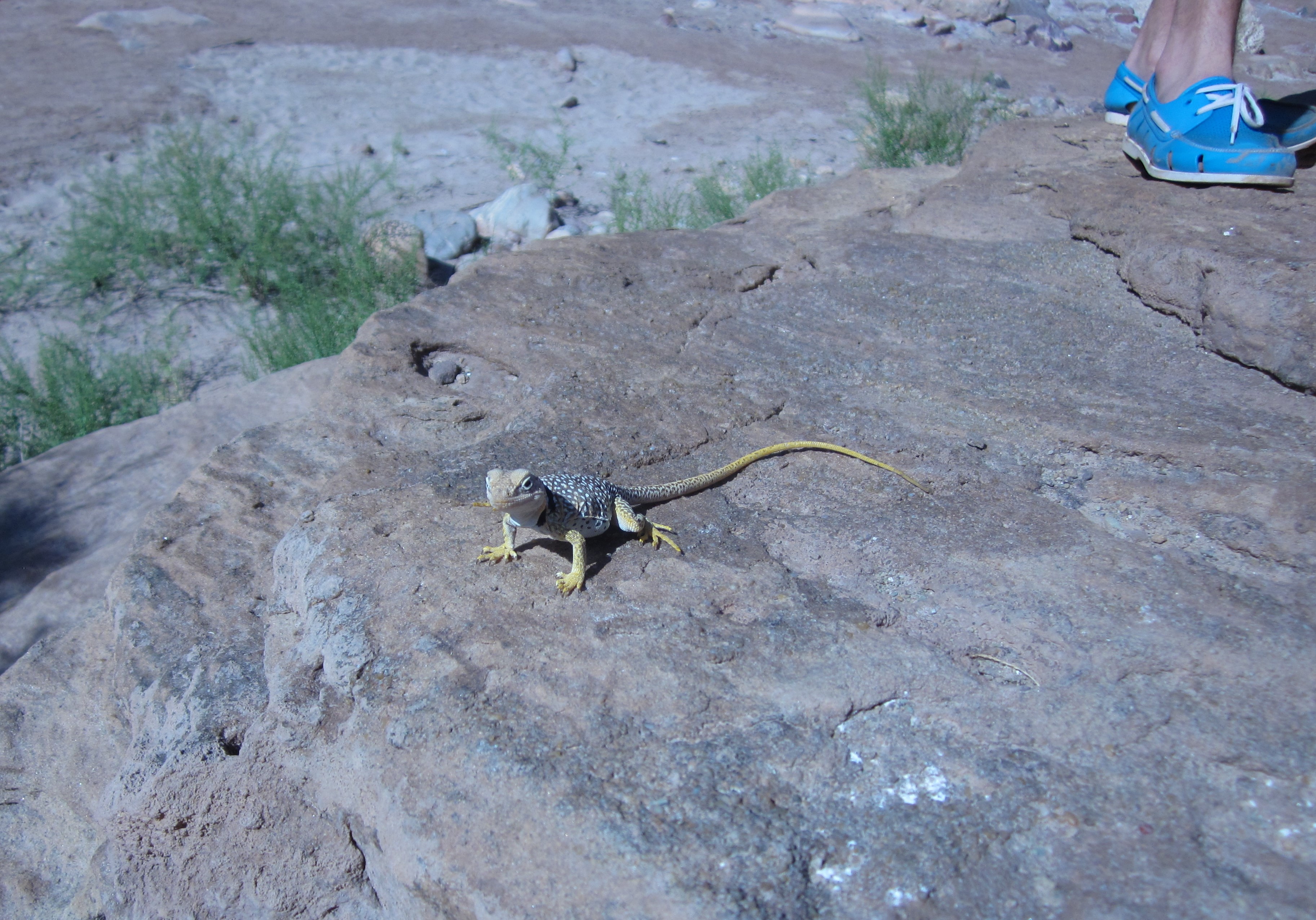 Sedimentary rock layers in the Grand Canyon are sometimes folded or bent, especially near fault lines. How could rock bend but not break? After all, when earthquakes happen today, rocks do not bend; they break because they are brittle. Heat and pressure can certainly bend rock, but that alters the rock’s internal makeup, and the makeup of these layers was not altered according to geological research. A better explanation is that the rock was bent while still soft and pliable, soon after deposition—a rapid and deep deposition. 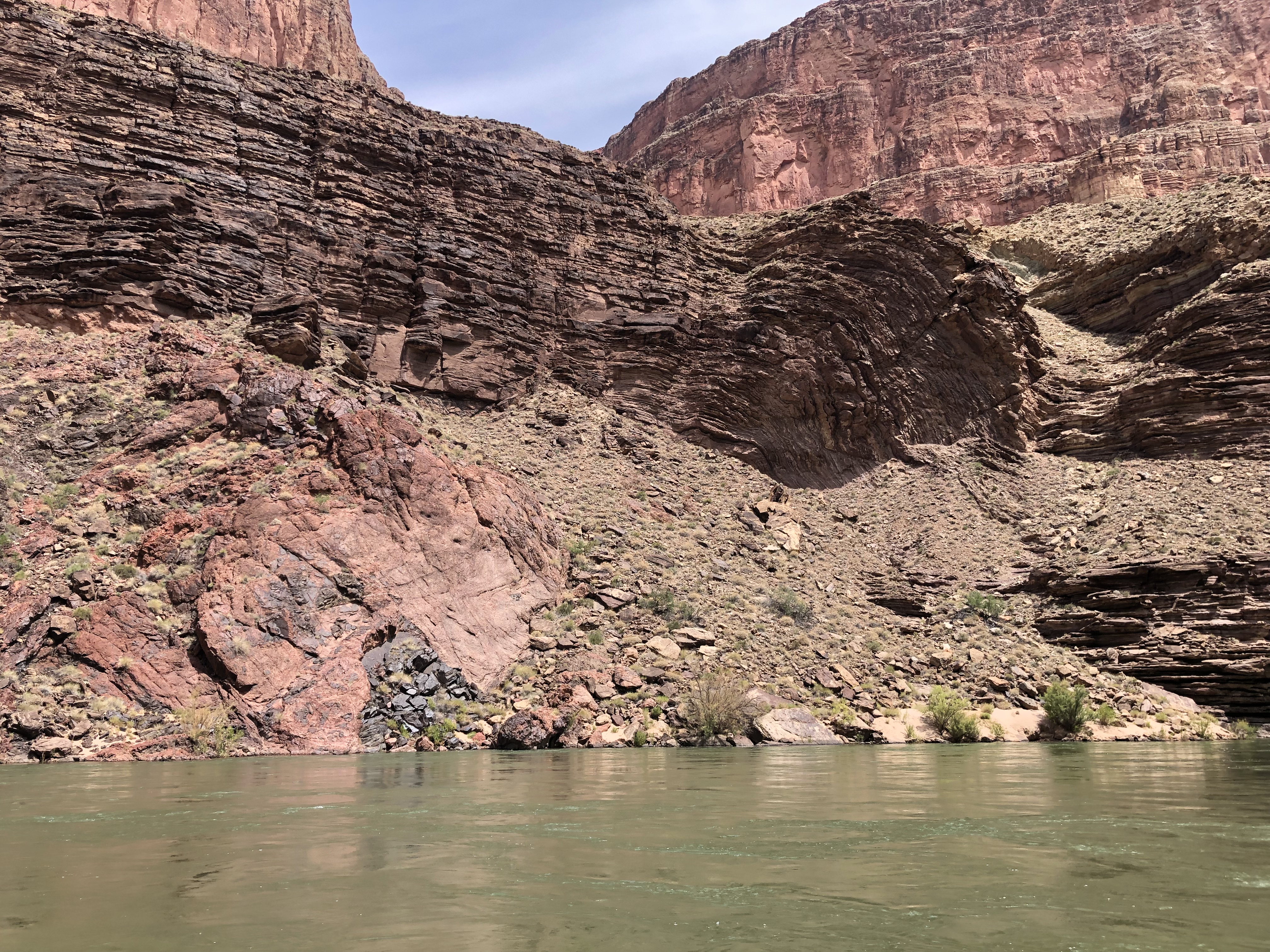 Photo: Fold in the sedimentary rock (photo by Joshua Philpot). 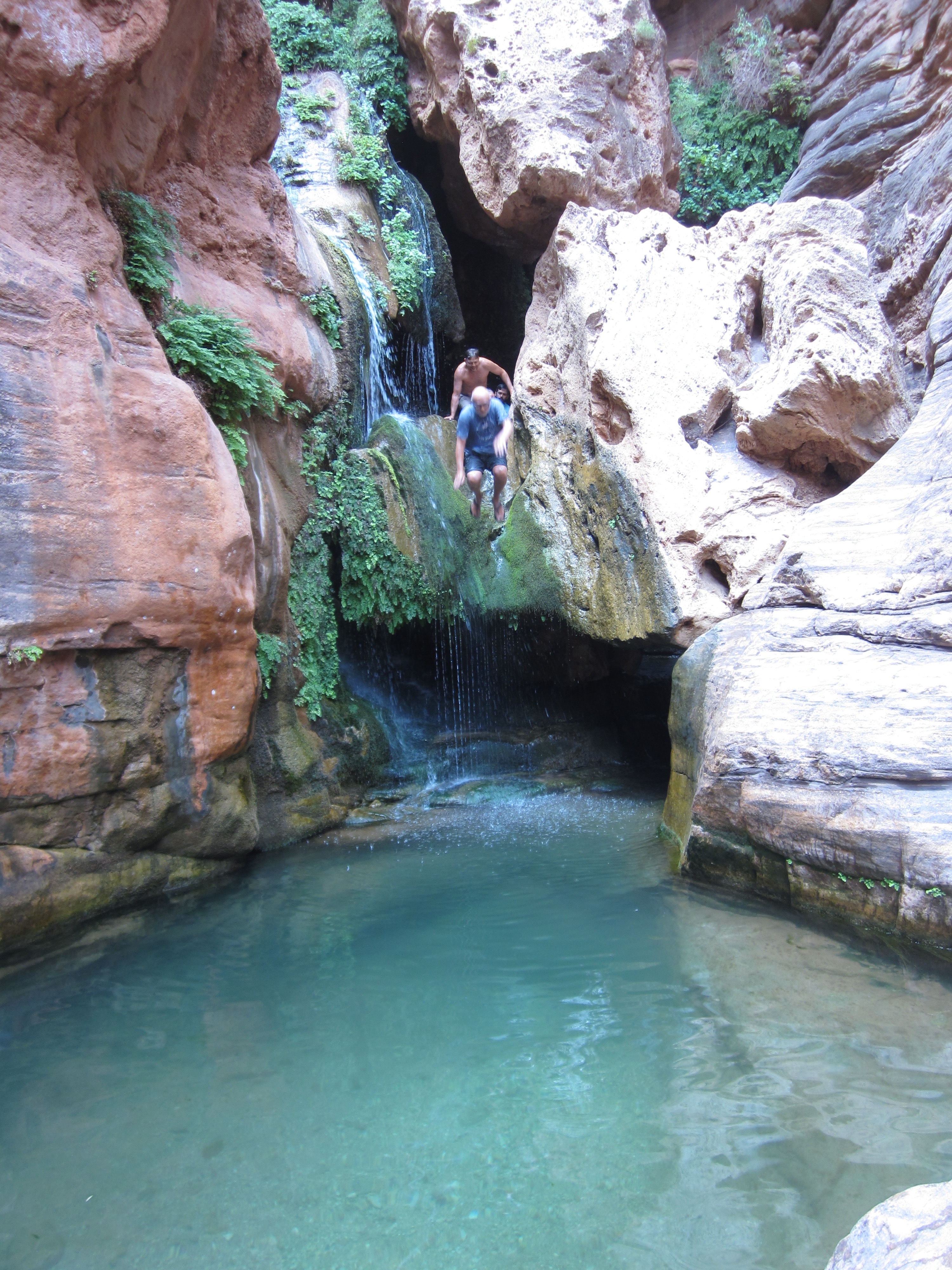 Photo: Jumping off the waterfall at Elves Chasm. 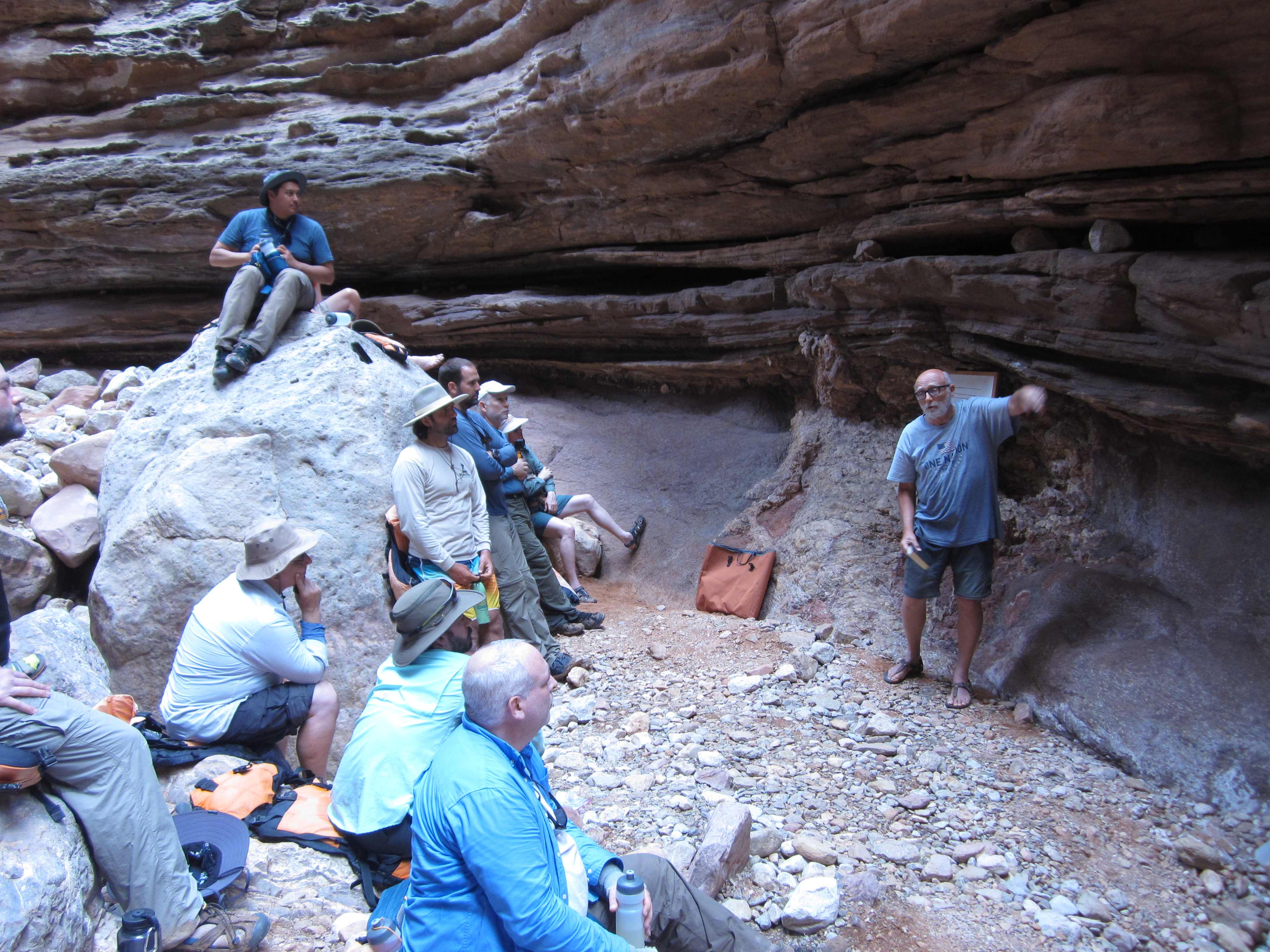 Photo: Bill Barrick, emeritus professor at The Master’s Seminary, addressing the group in Blacktail Canyon. Note in the background the global phenomenon known as the “great unconformity,” the contact point between Tapeats sandstone (above) and basement rock (below).

Obviously, the issues of the Genesis flood and the age of the earth go hand in hand. What is more, the doctrine of protology (the study of the beginning) relates to the doctrine of eschatology (the study of the end). As Bill Barrick puts it, “If it really took millions or billions of years to create the first heavens and earth, how long will we have to wait for the new heavens and the new earth (Isaiah 65:17)?” 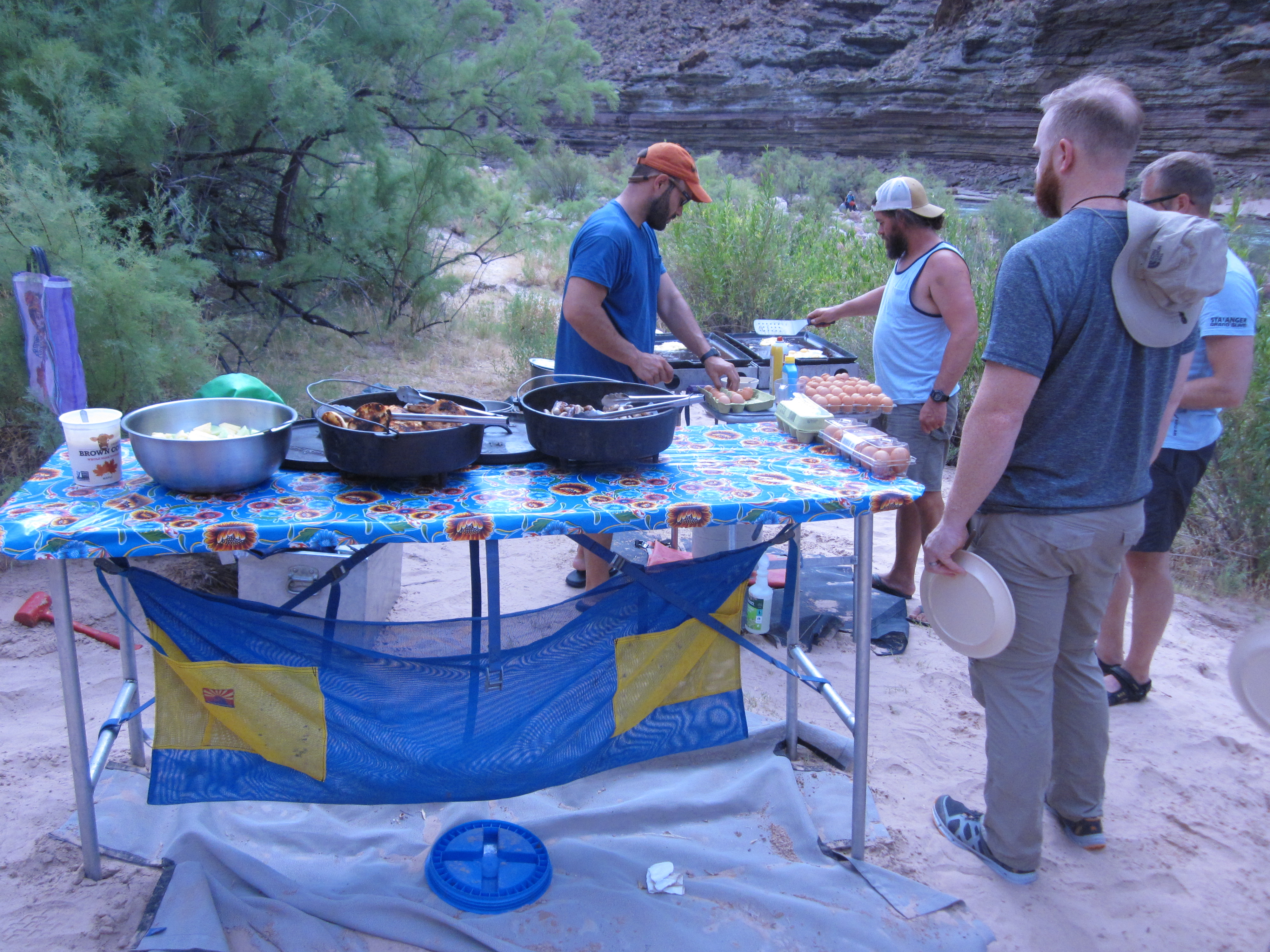 Photo: One of many delicious meals prepared by the boatmen. Today’s breakfast: eggs to order, sausage, English muffins, fresh fruit, and yogurt. For some reason, food just tastes better outdoors. 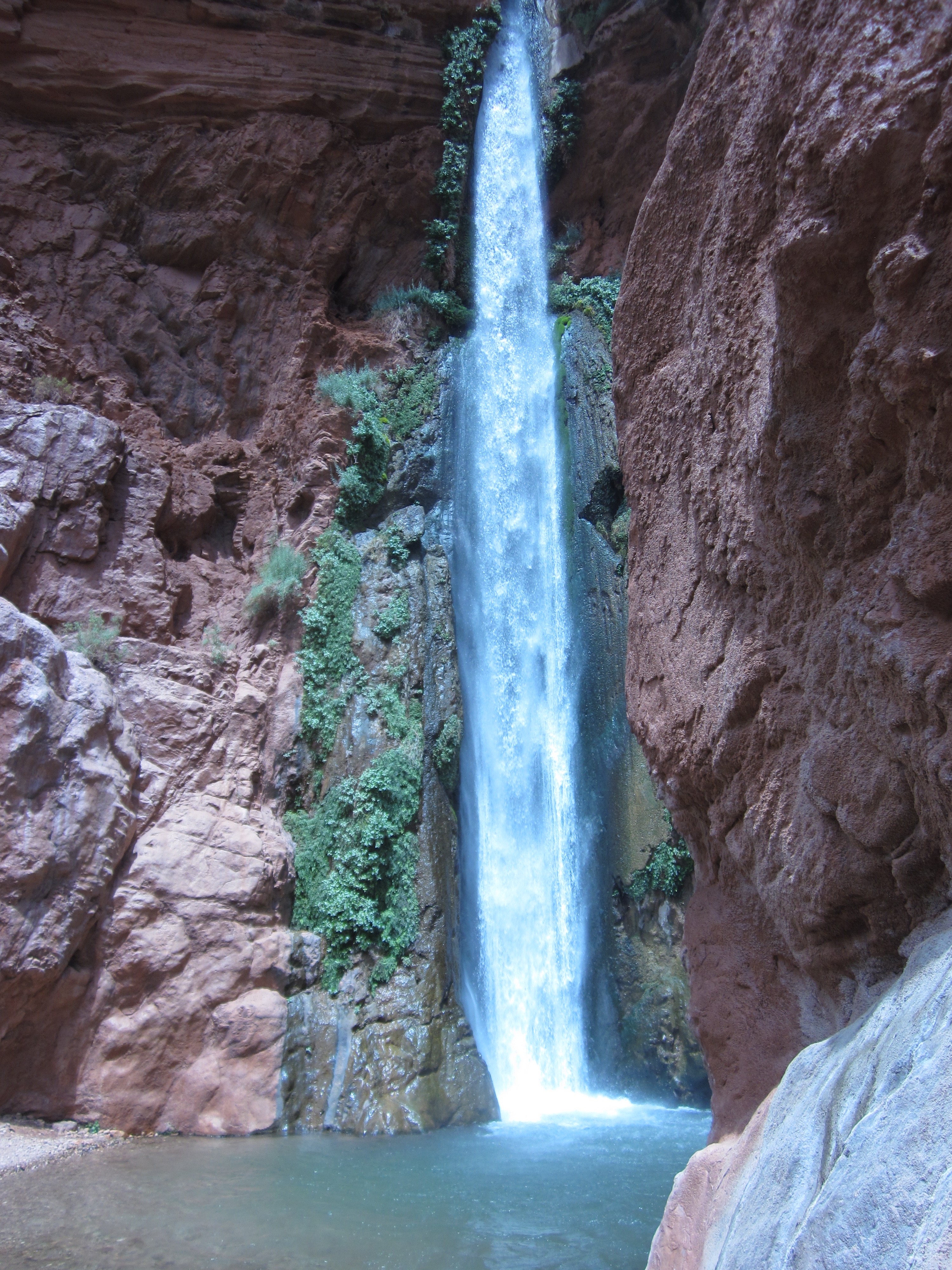 As I looked at the canyon walls around every twist and turn, it impressed me that there was little or no evidence of erosion between the horizontally laid rock layers. If the boundaries between one layer and another represent millions of years, why didn’t I see evidence of erosion? 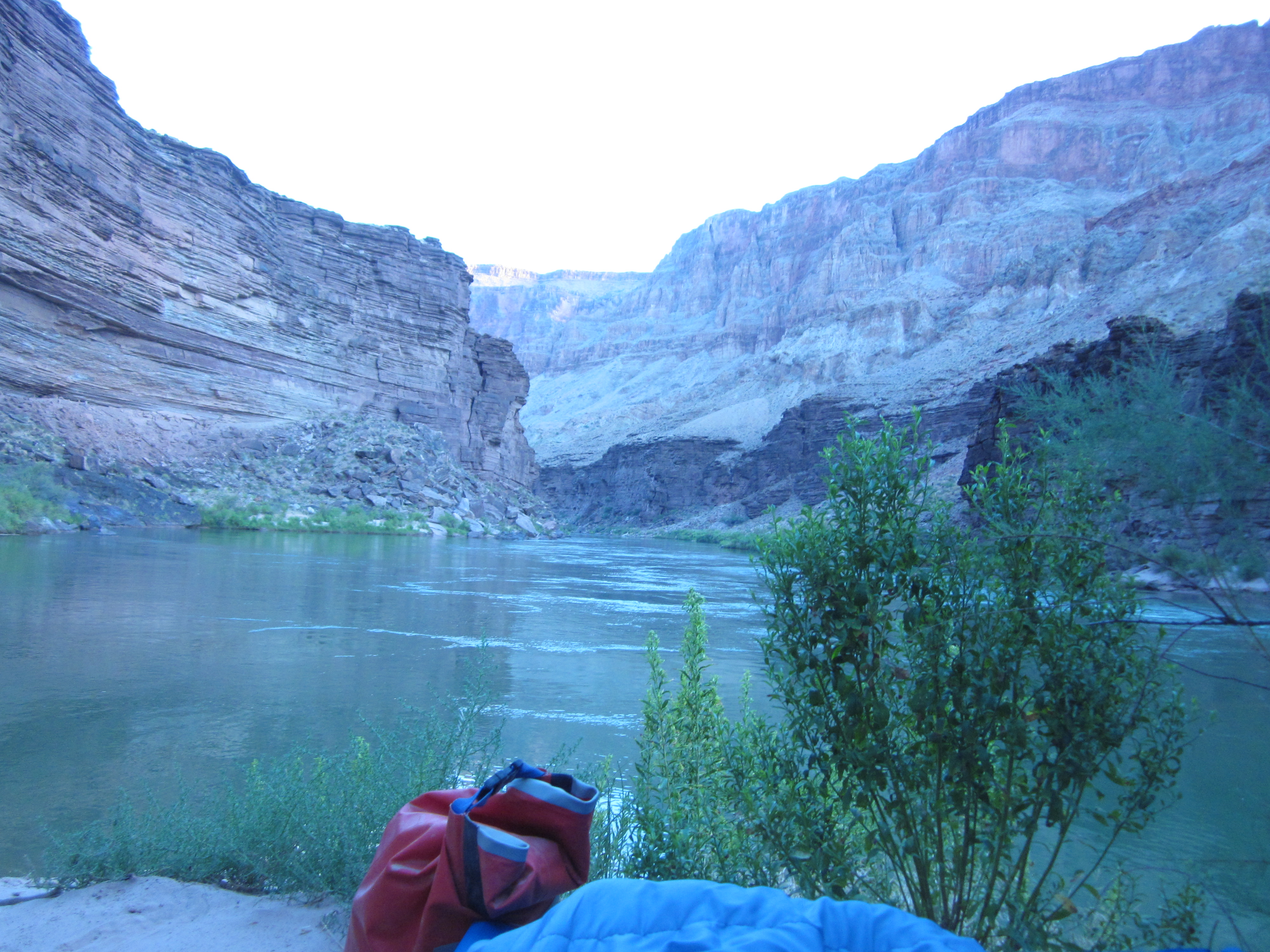 Photo: View from my sleeping bag at sunrise. There’s nothing quite like sleeping under the stars. 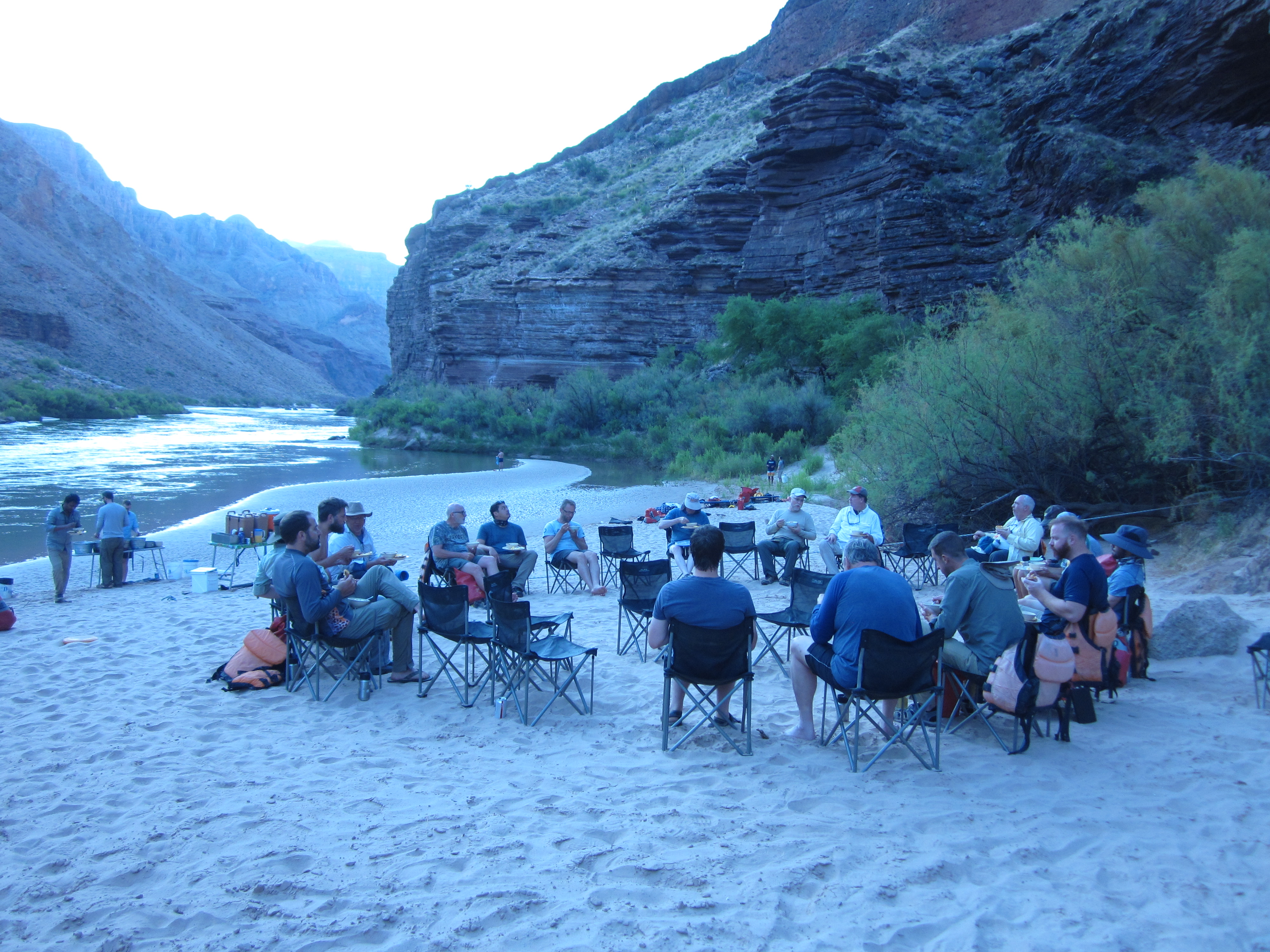 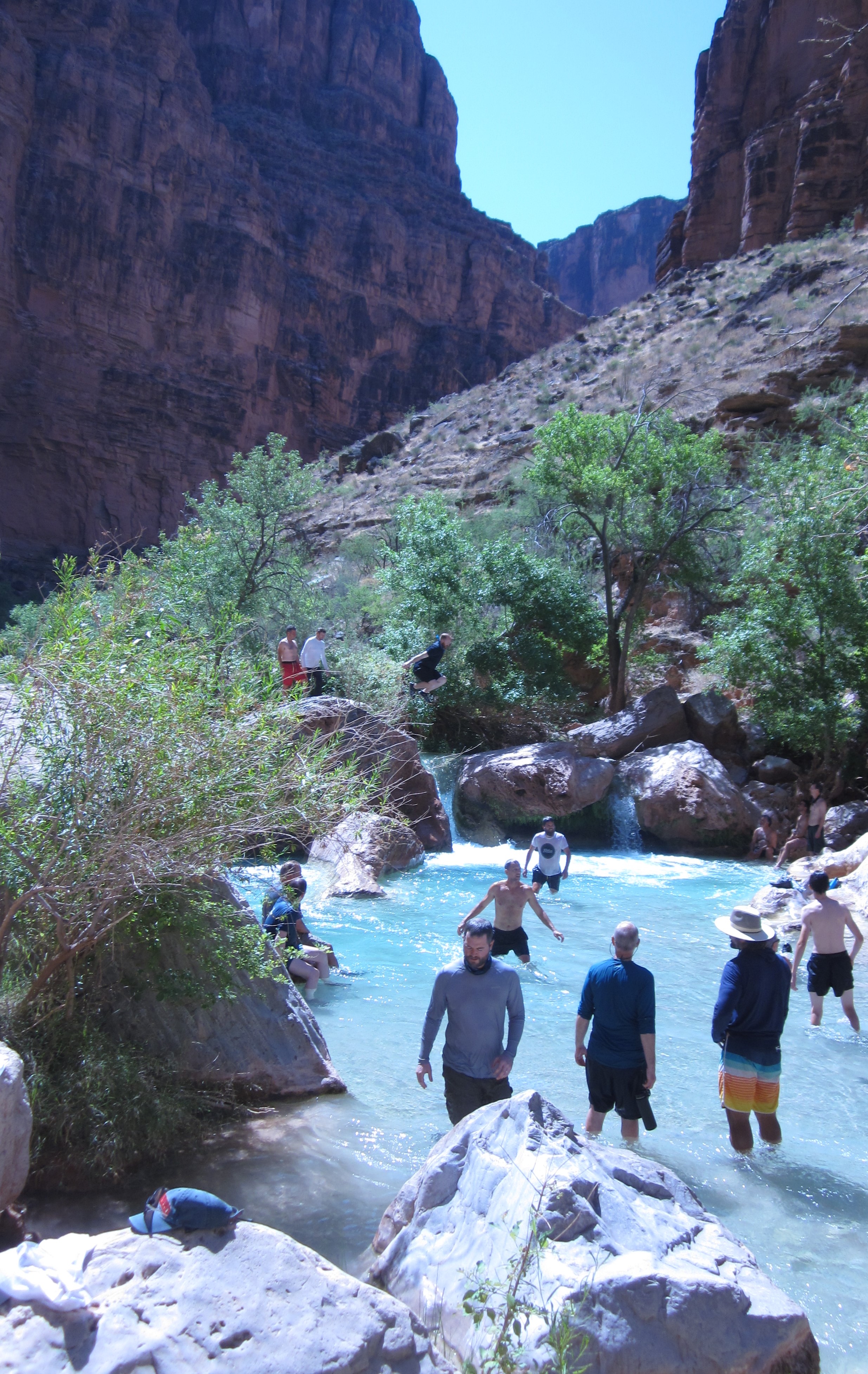 All good things must come to an end. Time to hike out of the canyon with all our gear. Nah, we’ll take a chopper instead. Back to civilization! 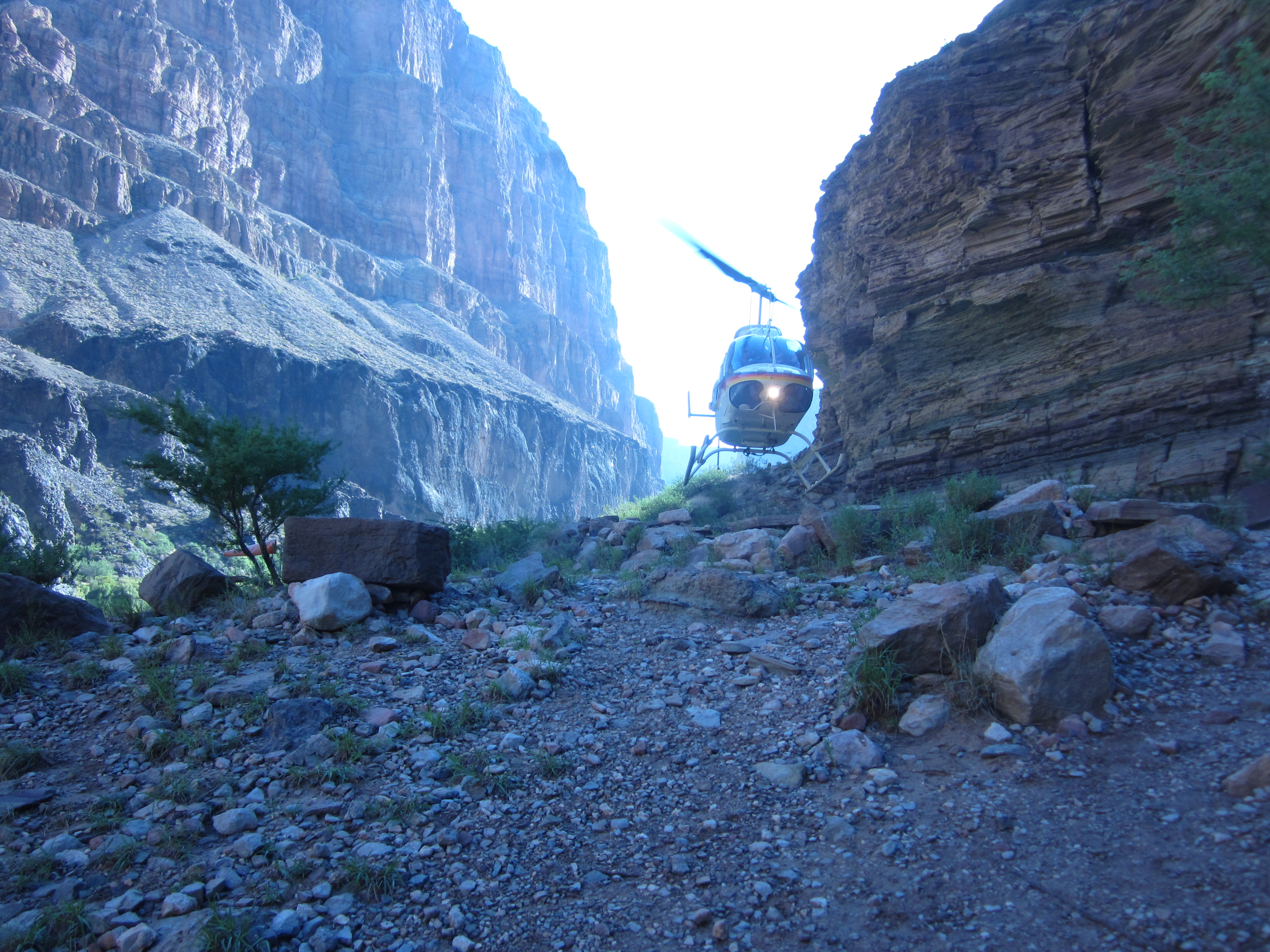 In the Phoenix airport, a random stranger said to me, “There’s no way that the Grand Canyon was carved gradually by a river.” Do you agree or disagree? 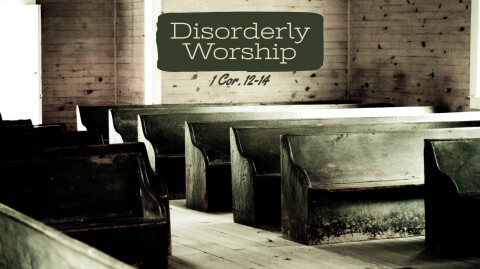 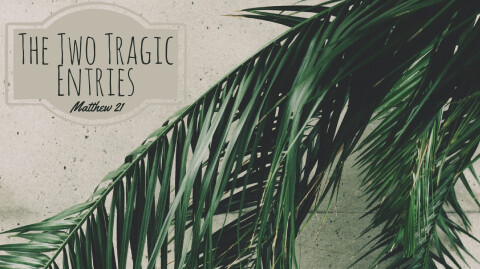 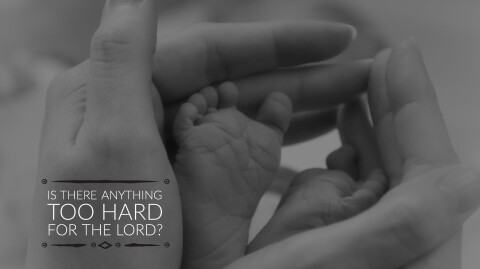 Is There Anything Too Hard for the Lord?